Partner of the Corporate and M&A Department 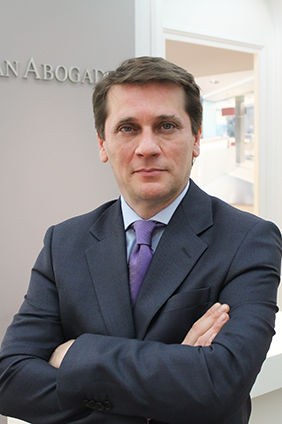 Juan Ignacio is expert in corporate/M&A, participating in the advice of relevant transactions in the manufacturer, educational and agri-food sectors. Being his practice of international trascendence, he has helped relevant Spanish companies in its internationalization and has advised relevan international groups in its expansion into the Spanish market. Furthermore, Juan Ignacio counts with a solid expertise in Real Estate, Dispute Resolution, IP/IT and Retail (distribution, agency and franchise) being used to work in international environments and cross-border transactions.

He is a recommended lawyer in Spain in International Directories as Chambers & Partners, Best Lawyers and Leaders League.

He is graduate in Law by the Abad Oliva CEU University based in Barcelona and speaks several languages, as English, French and Italian. During his professional career, he has been international Partner at Dentons in Barcelona and has worked in relevant Spanish law firms as Garrigues and Carreras Llansana.

Juan Ignacio is lecturer of Corporate and M&A Law at ISDE and responsible of the Master in International Law, Foreign Trade and International Relations (MIL) at said institution. He use to write articles in several specialized medias and legal publications. Furthermore is one of the selected lawyers recommended by the French General Consulate in Barcelona and is Honorary Consul of Malta for Barcelona and Aragón.