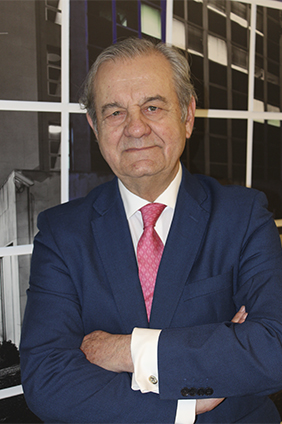 Luis Felipe de los Ríos stands out for his activity and knowledge in Corporate and Civil Law, regularly advising important Spanish companies. He is also an expert in Insolvency Law, intervening from the beginning of his professional practice in suspensions of payments and bankruptcies and, currently, in bankruptcy proceedings, both as counsel for the bankrupt, and in defence of the creditor’s credit.

Graduate in Law from the Complutense University of Madrid. In 1977 he joined the Madrid Bar Association, and since then he has devoted himself exclusively to the professional practice of Law with his own offices in Madrid and Seville.