Is it possible to transfer tourist licences linked to tourist housing in Catalonia? 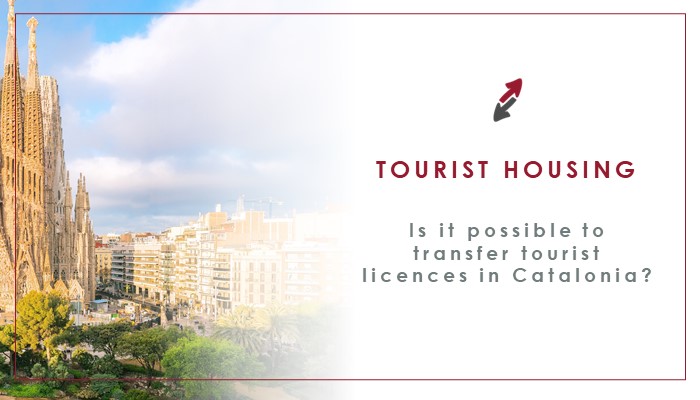 It is common to receive enquiries from clients asking about the possibility of selling or buying tourist housing licences, especially in the city of Barcelona. When the sale of the tourist licence is carried out together with the sale of the dwelling used for this activity, the answer is quick and easier. There are greater problems when buying or selling a tourist licence without the simultaneous transfer of the property used for the tourist activity or cancellation of a tourist housing.

We should note that, due to the tourist potential of many cities in Catalonia, the existence of a tourist licence increases the value of the dwelling. And there are also people who think of the possible transfer of the licence, while maintaining ownership of the flat, as a way of obtaining income (which has been accentuated due to the pandemic generated by COVID-19).

Due to the problems that can arise from the transfer of tourist housing licences, especially in the city of Barcelona, we have considered opportune to write this article (which in no way pretends to be a legal opinion on the matter) in order to clarify the doubts that this issue can raise for owners of tourist flats and eventual buyers.

Is it possible for the owner of a tourist housing to sell the tourist licence?

The Catalan law on tourism establishes that a housing for tourist use is considered to be a housing that is ceded by its owner, directly or indirectly, to third parties, in exchange for an economic consideration for a seasonal stay and in conditions of immediate availability. The Catalan regulation refers expressly to the owner of the housing, thus excluding other possible holders or third parties who have rights over the housing.

Therefore, in those cases in which, once the last of the transitional periods had elapsed, the situation was not regularised (i.e. if the owner of the flat did not “recover” the tourist licence), the tourist licence was potentially revocable by the administration.

The necessary coincidence between the owner of the dwelling and the holder of the tourist licence does not prevent owners of tourist housing from entrusting the management of the activity to a third party, in which case the City Council must be duly informed.

After acquiring the dwelling (and the licence), the new buyer must apply to the City Council for a change of ownership of the licence.

How to change the ownership of a tourist licence?

It should also be noted that the inspection, verification, control, revocation and/or expiry of the licence proceedings before the City Council will prevent the transfer of the licence until there is a final decision confirming the licence and/or the validity of the prior notification.

In the city of Barcelona, the procedure can be carried out online, by filling in the form to generate the application form – “Instancia comunicación transmisión HUT – solicitud“, attaching the necessary documentation, and submitting it to the telematic registry of Barcelona City Council.

Can new tourist licences linked to tourist dwellings be obtained in Barcelona?

In the city of Barcelona, on 1 February 2021, the suspension of prior notifications of the start of activities for the installation and/or extension of the use of Housing for Tourist Use (HUT), as well as the opening, installation or extension of other tourist accommodation activities, was extended. The suspension period will have a maximum duration of two years from the respective publications in the BOPB of the aforementioned suspension agreements.

The PEUAT has divided Barcelona into four specific zones (ZE), basically prohibiting the opening of new establishments in the city centre and encouraging their transfer to other areas, as detailed below.

According to PEUAT, where is it possible to transfer or cancel tourist licences linked to tourist housing?

That is to say, in the ZE-3 zone, a registration is allowed if a cancellation in the ZE-1 or ZE-2 zone is accredited.

Registrations in ZE-2 and ZE-3 zones are permitted as long as they comply with the urban planning conditions derived from the general conditions (Articles 9 and 22 PEUAT) and when “the island where it is intended to be located does not exceed the maximum density of 1.48%, counting the tourist housing located there, of the existing housing on the island, or to fill an entire building, except the ground floor, with a maximum of ten tourist housing units and, where appropriate, with non-housing uses“.

What is the protocol for processing tourist housing in these cases?

The complexity of the changes in the regulations regarding tourist dwelling, together with the formalities involved, make it necessary to obtain good legal advice on the transfer of licences and tourist dwelling. Our expert lawyers can help you with your particular case by contacting them here.